Rex’s Pickett’s sequel to the phenomenal Sideways novel picks up the story of best friends Miles and Jack and their journey through wine country, this time north through California to Pinot heaven, Willamette Valley, Oregon. Vertical: Passion and Pinot On the Oregon Wine Trail, reflects the reality of the Sideways effect itself when Miles’ novel is turned into a Hollywood hit and rocks the wine world. As Miles expresses so eloquently “their hard-to-vinify grape (Pinot Noir), usually grown in intemperate mesoclimates…was now the darling of the wine world!”  While reading Vertical I couldn’t help but picture Paul Giamatti and Thomas Hayden Church going through the antics of this new adventure. Some of the things I loved so much about the first novel and movie were the scenery (is there any place more picturesque than vineyards in California?), humor (that wallet retrieval scene has me laughing on the floor ever time), and the human story of an ordinary middle-aged man struggling with realities of failure (and success, in the sequel). Vertical has all of these elements. Wine geeks will not only enjoy the action-packed storyline, but will relish the list of premium Pinot producers that fill Miles’ life, which is also listed in the back of the book as a handy reference.  I’ll be sure to review this while planning my next wine adventure.

While it is an easy and quick read, the novel has a much deeper story to tell about the cycle of life, success and depression, and family relationships.  With a shocking ending, Vertical’s storyline will especially ring true to anyone who has dealt with the struggles of an aging parent or a family member with physical aliments. Facing his own demons, Miles juggles all of this within the context of fame and wealth in an almost hedonistic world of pinotphiles.

Miles is the Emcee at the International Pinot Noir Celebration (IPNC), depicted as more of a adult fraternity party where premium bottles of Pinot Noir replace kegs and ignored housewives substitute for sorority girls. As a wine enthusiast, I was sobered by some of the descriptions of Mile’s drinking habit, and the idea of the IPNC as more of a binge drinking party rather than a oenological exploration of the world’s most beautiful grape (I’m sure in reality it is a little of both).

If captured in the same style on film as the first novel,Vertical would be a beautiful film. While not currently committed to be turned into a film, I think the book has all the makings of another “sleeper” hit. 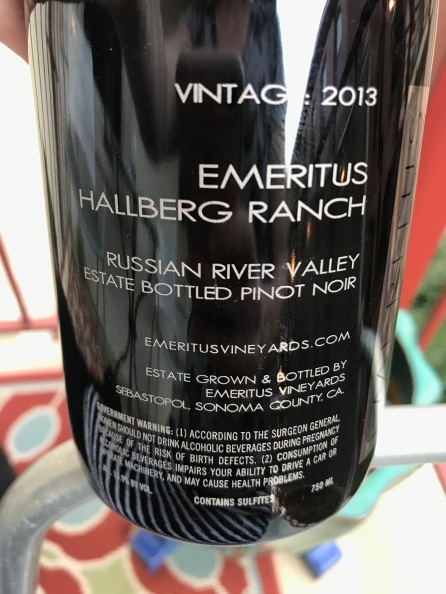 This site uses Akismet to reduce spam. Learn how your comment data is processed.

***New on the BLOG*** “Viticultural Dreamin’: The Farmers of Rogue Valley AVA” in Southern Oregon 🧑‍🌾🌲🍇🏔 <LINK in BIO>
“Wine with Everything” is the motto of Rogue Valley in southern Oregon. The diverse geography and soil types mean a wide variety of grapes grow here, so there is something for everyone. Couple wine tasting with hiking, biking, rafting, and exploring the arts of historic downtown Ashland. It is a little pocket of relaxation and fabulous wine, all done with an eye to sustainability. A huge thank you to everyone who hosted #wmc21 !
*NEW* on the blog, “Going Native: Four California Zins that Somms Love to Drink”